Exercise in style with our performance focused and stylish Premax visor. Just...

Randall Cooper
With the Australian ski and snowboarding season in full swing, I’m sure many medical and health practitioners are seeing patients with injuries sustained up on the slopes.

Skiing and snowboarding does have a reputation of being a risky sport, but the overall injury rate for skiers is a little lower than you may expect with 3 injuries per 1000 skier days (1)(2). Put another way, if you ski 20 days a year, on average you’ll sustain an injury every 16-17 years. Snowboarders have a higher injury risk with a reported 4-16 injuries per 1000 snowboarder days (3).

There have been a number of studies that have looked at the incidence and severity of ski and snowboarding injuries, and in general skiers tend to sustain more knee injuries whereas snowboarders are more vulnerable to injuries of the upper limb. The most recent paper to look into this was published in the Scandinavian Journal of Surgery this year (4), and the authors retrospectively analyzed all the injuries sustained at the Levi Ski Resort in Finland over a 6-year period (2006-2012).  This study reported a slightly lower rate to previous statistics with an overall injury rate of 1.97 per 1000 skier days. Maybe the Finish ski and ride a little more safely, are more experienced, or maybe improvements in equipment technology (bindings, wrist guards etc) and resort safety measures (slow signs, safety netting etc) are having an impact.

A breakdown of the statistics is interesting, with skiers injuring themselves mainly on-piste (72%), to a lesser extent terrain parks (19%), whilst on a ski lift (6%), and skiing off-piste (3%). Snowboarders had a similar spread but with a higher incidence of terrain park injuries (25%), and less whilst on ski lifts (3%).

Most injuries (about 75%) for both skiers and snowboarders occur either by falling down or loss of control during a jump, with only between 3%-8% occurring by collision with other skiers or riders. This statistic I feel is the most important as it highlights the fact the skiers or riders themselves’ are at fault. Poor fitness, poor selection of terrain or conditions, poor judgement of one’s ability, or poor maintenance of equipment would be factors in many injuries I’m sure. The take home message is that many skiing and snowboarding injuries are preventable.

Two-time Winter Olympian Katya Crema discusses our Weather Protection Facial Cream - a breathable, long lasting cream that will protect your skin from the wind and cold whilst skiing and snowboarding in the mountains. Click here to learn more about this amazing product.

Randall is an experienced Sports Physiotherapist, Founder and CEO of Premax, Adjunct Lecturer at the La Trobe University Sport and Exercise Medicine Research Centre, and Fellow of the Australian College of Physiotherapists. 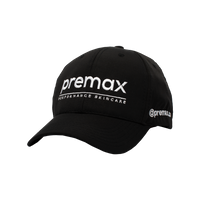 Comfortable, sports-specific and easy to wear, our Premax Cap is the perfect addition for training. Lightweight and adjustable it's the ideal accessory to exercise!

Comfortable, sports-specific and easy to wear, our Premax Cap is the perfect addition for training. ...

His & Hers Cycling Bundle

The perfect pack for the cycling couple. Complete with 2 of our Chamois Cream for Men & 2 of our Cha...

Hamstring Injuries with Professor Peter Brukner | 05.10.18
Hamstring injuries are the most common injury in m... Read More
Wearable Sports Performance Analytics: A New World | 30.11.15
I’m sure everyone would agree that this age of t... Read More
Skin Care Routine for Sport | 26.06.18
Exercise is a fundamental requirement for a health... Read More

Join over 16,000 others and get exclusive offers, invitations to Premax events, and Randall’s sports science blogs delivered to your inbox